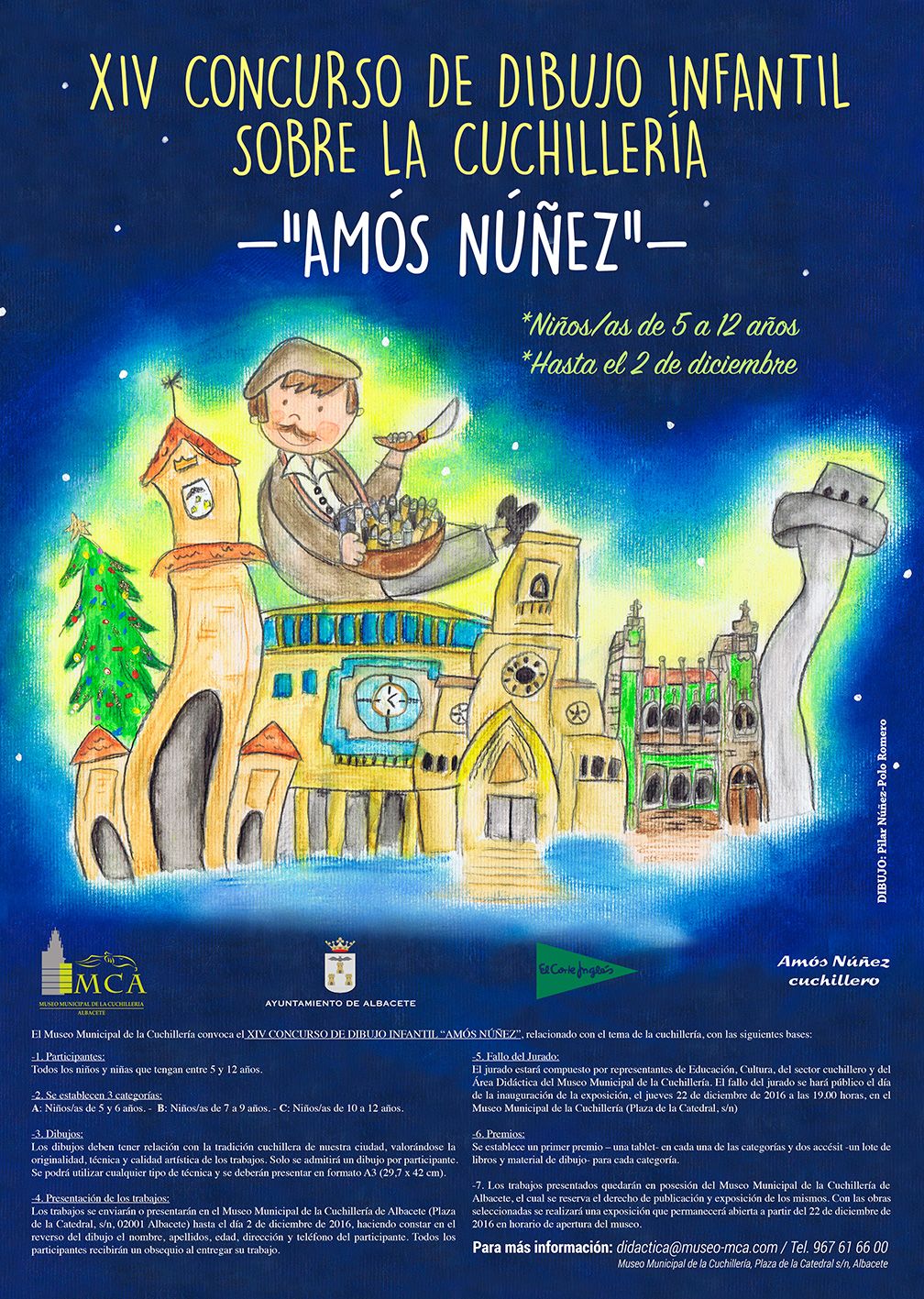 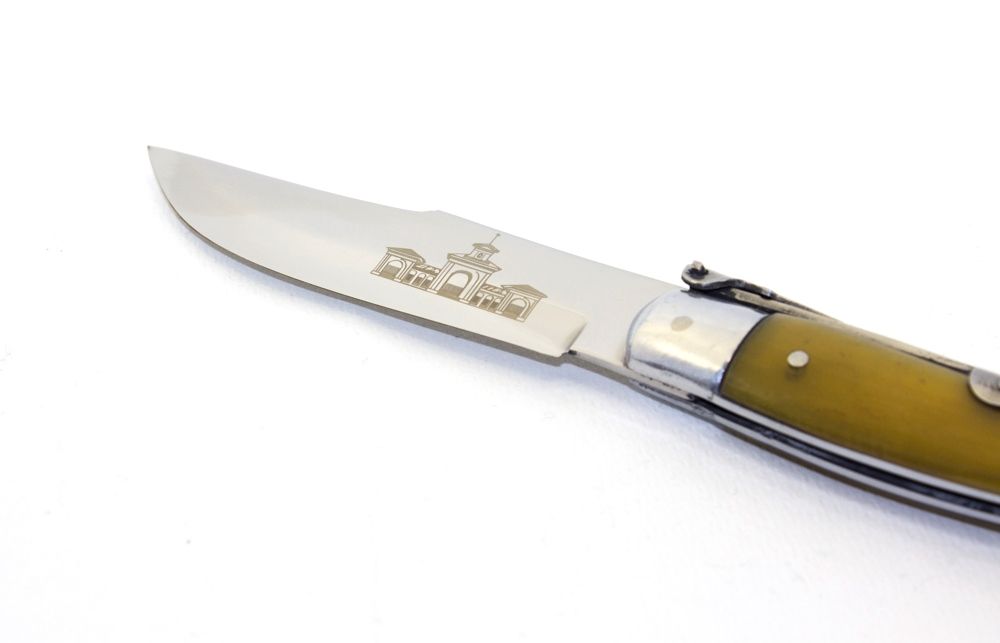 Once again, the shop online of cutlery “Amos Nunez, cuchillero” pays tribute to the Feria de Albacete with a folding knife designed exclusively for the occasion.

You can observe engraved on its blade the facade of fairground with the famous Iron Gate dated 1974, the pocket knife of Albacete Festival…Your pocket knife!!!. 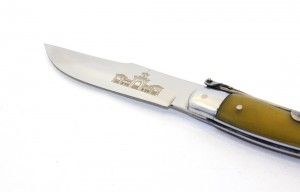 Do not have it yet? Check it out!. 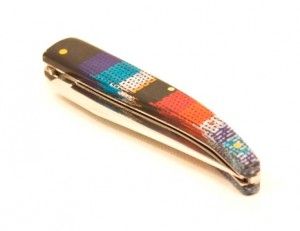 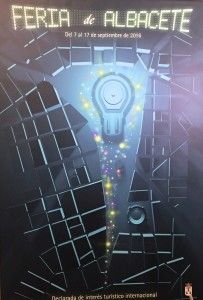 During these days, from 20th to 24th of January, it is being held in Madrid, the International Tourism Fair, FITUR 2016, and how it couldn´t be otherwise, Cutlery Albacete (Spain) again present in Castilla La Mancha booth, stands 7B10 and 7B08 located in Hall 7 of the trade fair of Madrid (IFEMA).

Last Friday 22nd, it took place on Albacete Day, where President of APRECU, Juan Andrés Barbero, presented the conferences on the IGPs of non-agrifood products, organized by APRECU, which will been celebrated on April 8th in Albacete, thanks to sponsorship of Government of Castilla-La Mancha. 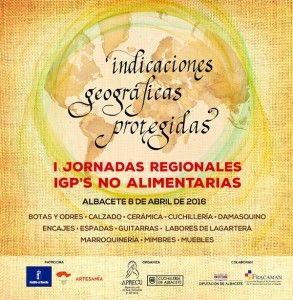 We can not forget to mention the figure of our beloved “mochilero” indispensable and reference in this fair, and present in it thanks to the cooperation of Albacete City Council, a character who represented the cutlers that used to sell their knives on trains which stopped in Albacete station in 50´s and 60´s, with their little ditty, “navajitas, navajitas de Albacete” and whose sculpture was inaugurated in 1998, located at Altozano Square, in the city center of Albacete, statue that appears facing the train station.

This year 2016, The President of Castillla La Mancha, Emiliano García Page has been awarded with the Albacete typical pocket knife delivered by our beloved “mochilero”.

Finally, and I hope you enjoy it, I show you to Dani Mateo, speaking on tv programme “El Intermedio” about the best gifts received from the different regions of Spain in FITUR 2016, can you guess the gift of Castilla La Mancha??? …

Other interesting regular activities offered by the Municipal Museum of Cutlery of Albacete (Spain), is the announcement of the XV Photography Contest of Cutlery 2015.

The deadline for submission of pictures begins on September 22nd, 2015 and ending on October 25th of that year.

All are invited to participate in, accepting pictures produced by collectives, although count individually.

The issue, obviously, is the Cutlery in all its aspects, that is to say, about the image, manufacture or use of knives, pocket knives, daggers, scissors, crafts, and so on.

The jury´s decision is announced the second week of November of 2015. 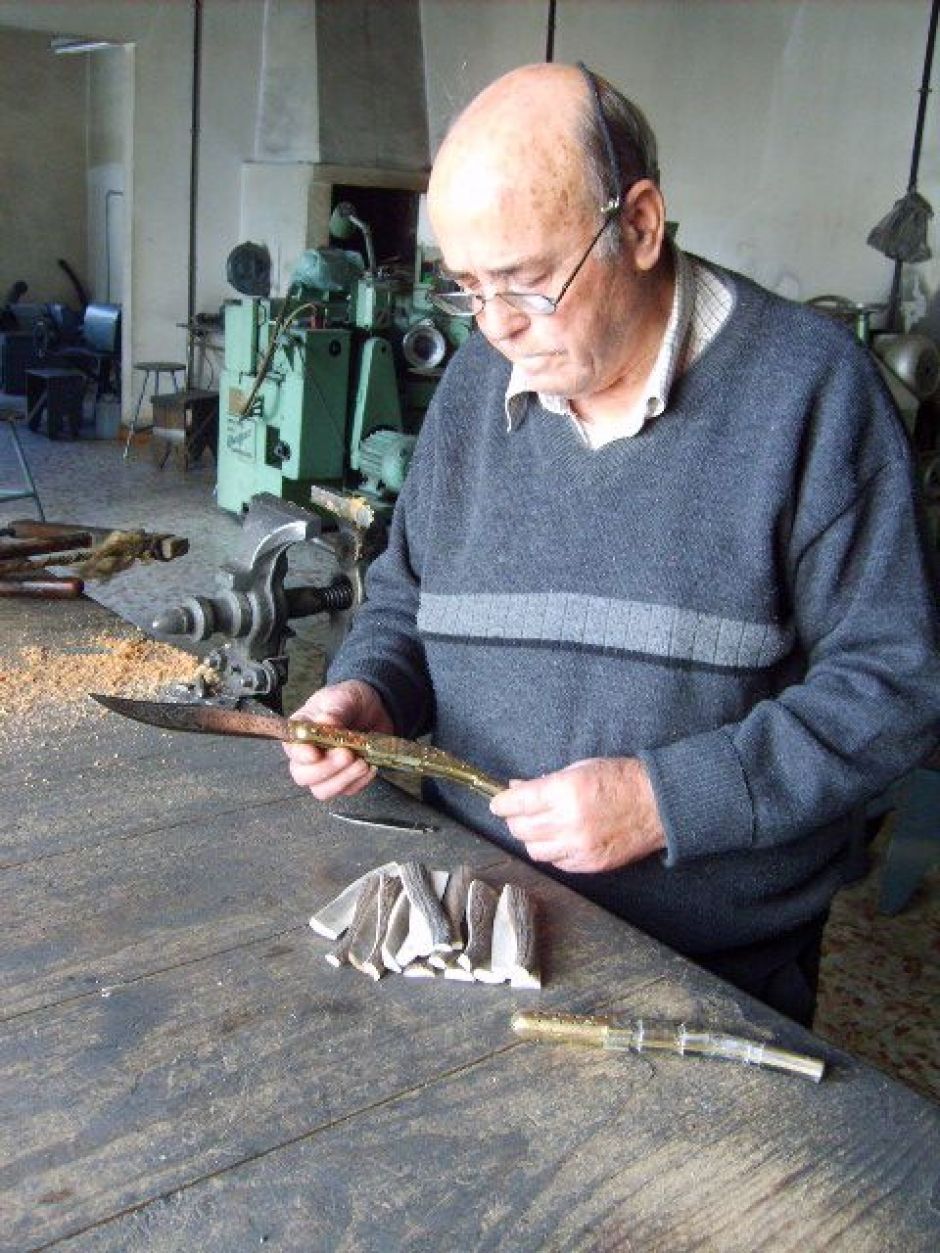 Dear colleagues, lovers and fans of cutlery, just returned from the wonderful village of knife makers of Santa Cruz de Mudela (Ciudad Real – Spain), on 5 August 2015,14: 00 hours, unfortunately, this time has not been a planned visit, but to support the family and friends on the deceased craftsman cutler, Juan Jose Martinez Garcia, at the age of 91 years, founder of Cutlery Martinez of Santa Cruz de Mudela.

Sad news the loss of this great craftsman cutler, from here, a kindly tribute for him and his family with love.

We remind you the news that we showed you in this blog a few months ago, about the tribute that offered the Cutlery Museum of Albacete, absolutely deserved !!!. 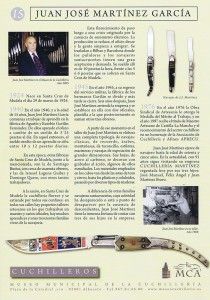 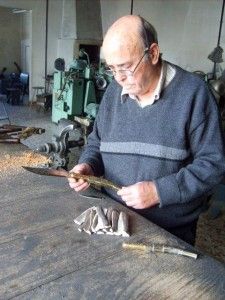